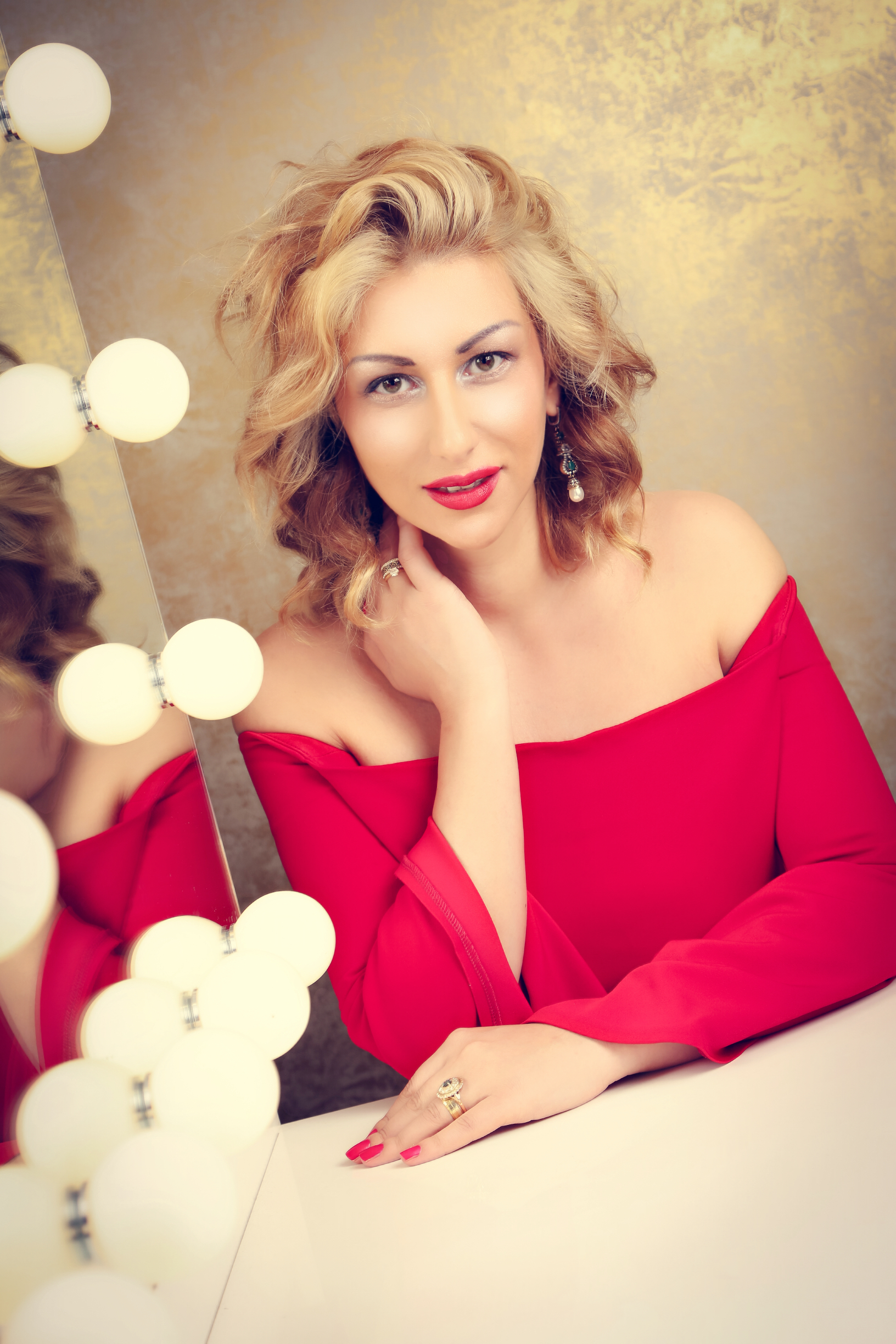 Tamta Tarielashvili was born in Tbilisi (Georgia). Years of activities in Tbilisi: Finished Osimo's International Academy in 2006. Teachers: Raiana Kabavianska, Luis Alva, Lella Cuberli. Meanwhile, she studied at the Conservatory of Goachino Rossini in Pesaro, where she won a competition, which gave her an opportunity to study at "Royal Scottish Academy" in Glasgow. She also passed master classes at the academy of Santa Cecillia with Renata Scotto. Her next debuts included: Festivale "Nausicaa" (Parma), Nabucco (Fenena), Trovatore (Azucena), Rigoletto (Maddalena), La Forza Del Destino (Preziosilla). 2013 - concorso "Voci Verdiane" Busseto (Italy), where the president was the famous baritone Leo Nucci. She was chosen as "Federica" from opera "Luisa Miller". Direttore Maestro Donato Renzetti, regia Leo Nucci.
In 2013-2014 her debut held place in the following theaters: Teatro Comunale di Piacenza, Teatro Comunale di Ferrara, Teatro Comunale di Ravenna.
2014 - teatro comunale Verdi di Pisa: Opera Andrea Chenier. role: Madelon. Furthermore, she had a tour in Netherlands, where she performed in Opera "Aida" in the following theaters: Theater De Vest "Alkmaar", Koninklijk Theater Carre "Amsterdam", Nieuwe Luxor Theater "Rotterdam", Theater "Sneek", Lucent Danstheater "Den Haag". Tamta also performed at Royal Danish Theater (Coppenhagen) in Opera "Cavalleria Rusticana" as Mamma Lucia
In 2015-2016, she debuted in the theater "Verona", where Verona Lirica awarded her the best young singer award.
After that, she had a debut in Mainz, "Staatstheater". She played as Maddalena in "Opera Rigoletto".
Afterwards, she played in "Te Deum" by Bruckner, in the theater "Petruzzelli" in Italy, Bari.
In July-August 2016, She had a debut at the festival "Sferisterio Macerata", Opera "Otello", as Emilia.
In September 2016, she had a debut at the gala concert, season opening ceremony at the Jakarta opera theatre, Indonesia.
In November 2016, She performed “Te Deum” By Bruckner In the theatre “Massimo”, Palermo.
In March 2017 she debuted in Seoul, South Korea at gala-concert “Philharmoniker Orchester”.
In the summer 2017 she sang for the first time at the Arena di Verona as Sacerdotessa in Aida in both productions of La Fura del Baus and Franco Zeffirelli.
In May-June of 2018, she performed in Opera "Trovatore" by Verdi, as Azucena at the festival in Alden Bilzen (Belgium).
In October 2018, she performed in Requiem by Verdi, at a Lotte concert hall in Seoul, South Korea.
In summer of 2019, she performed in Opera "Trovatore" by Verdi, as Azucena at the theatre of Koblenz in Germany.
In February of 2020, she performed at a gala event at Victoria Hall in Genève.